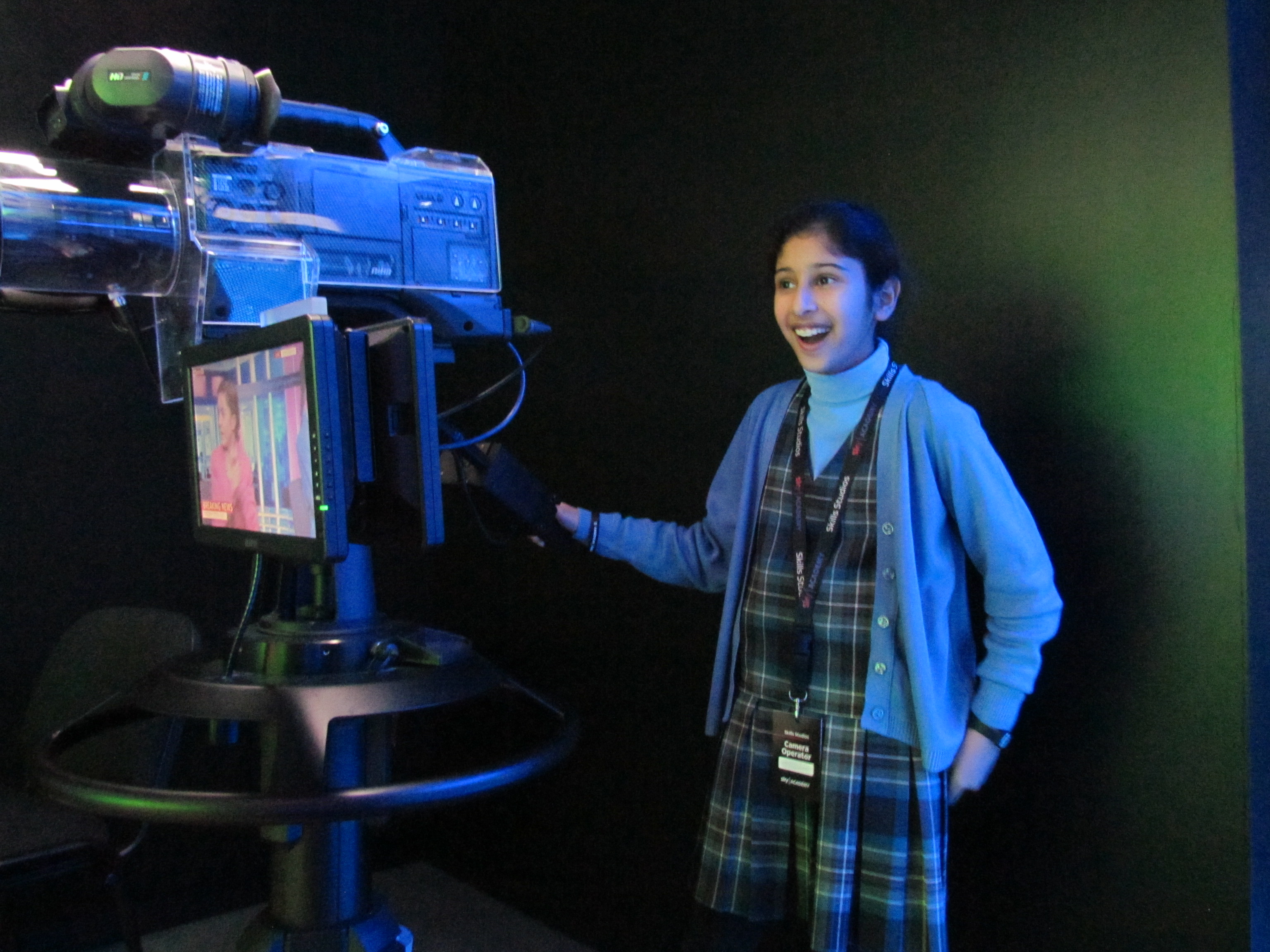 Form 6 had an eventful afternoon at Sky Academy Studios, creating their very own news report about fossil fuels. First, the enthusiastic staff members at Sky gave the girls a fascinating, in-depth tour of the Studios, and explained the 3 different areas (or floors) you could work on: ‘making’ (filming), ‘shaping’ (editing) and ‘sharing’ (distribution). The girls were transfixed as the guides led them on the tour and gave them remarkable facts and figures about Sky. After the tour, the pupils worked in 4 teams to put together each segment of the report, handling everything from script-writing and presenting to filming and editing. They produced a top-notch report in just one afternoon and were thrilled to receive USB wristbands containing the finished report to take home.