St Hilda’s Goes to the Polls

Not a school to miss out on key national events, Form 6 delivered their manifesto speeches to the rest of the school in a rousing assembly, ahead of last Thursday’s Polling Day.

We heard from representatives from the Pink Aspiration, Violet Desire, Golden Girls and Turquoise Turtles parties who promised everything from free university education and extra funding for animal charities, to the far more important policies of free olives at break time and a St Hilda’s pop band lunch club!

Children throughout the school, from Reception to Form 6, were encouraged to reflect on the speeches they heard so that they could vote accordingly at our own ‘Polling Day’ last Thursday May 7th. . On the day, pupils were ushered into specially erected polling booths in the school hall and asked to make their choices.

The results were read out the following day, which also happened to be during a special VE day assembly, to which the Mayor and Mayoress had been invited to share in the celebrations. After admitting to a very late night following the ‘grown-ups’ Polling Day, the Mayor lent a well-timed air of gravitas and authenticity as we announced our own winner. Congratulations to Erin, leader of the Pink Aspiration party, whose persuasive manifesto speech was democratically voted as the people’s (pupil’s) favourite. She will now be invited to join the School Council, where she will have the opportunity to discuss her ideas with the Head and form representatives in more detail. 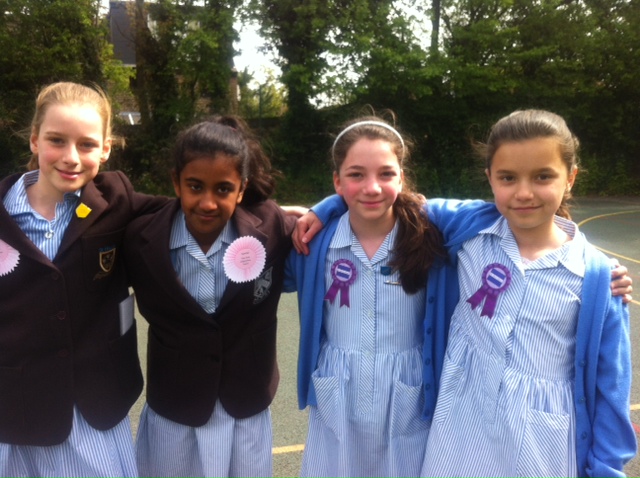